Research Firm Defines Cloud Computing by What It Isn’t

Note: The cloud isn’t the right fit for everyone, but it is always redundant, scalable, and efficient. Look into cloud hosting with NetHosting to see if your company could benefit from moving into the cloud.

Gartner has been following all the hype and cloud-washing in the tech industry and decided to release a five point list of what the cloud isn’t.

We’ve talked before about cloud-washing (when a hosting provider falsely advertises its data center as a cloud to monopolize on the hype surrounding the cloud), and we’ve also talked about what the cloud really is. The National Institute for Standards in Technology has also worked hard to define exactly what the cloud is to help curb the cloud-washing that has started to spread across the Internet. Gartner, a research firm that has worked extensively on cloud trends, reports that there is still cloud-washing happening that is confusing users and customers. In response, last week the firm decided to publish a list of five things that the cloud is not. 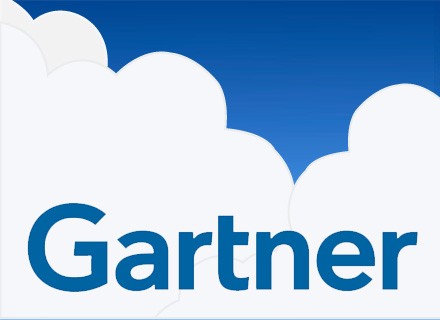 It’s helpful to read the five things Gartner says the cloud isn’t by first reading what the National Institute for Standards in Technology says the cloud has five distinctive features: on demand self-service, broad network access, resource pooling, rapid elasticity or expansion, and measured service. Currently, lots of enterprises are adopting the cloud so they can facilitate more virtualization in the workplace, explained Tom Bittman (Gartner analyst). Bittman advises that, “IT organizations need to be careful to avoid the hype, and, instead, should focus on a private cloud computing effort that makes the most business sense.”

Bittman first says that the cloud isn’t just virtualization. If a hosting company simply has a hypervisor on a server, that doesn’t make that a private cloud server. Virtualization is a key tenet to the cloud, but by itself, it doesn’t comprise the cloud. It does, however, allow pooling and allocation of resources, which is how it contributes to the NIST definition of cloud computing. But again, by itself a server with virtualization (or even a group of virtualized servers) can’t scale and be self-serviced.

Note: Some people mistake virtual hosting for virtualization. In reality, Cloud Virtual Hosting from NetHosting combines some of the benefits of the cloud with the affordable price of virtual hosting to make a perfect solution for small website administrators.

He goes on to point out that the cloud isn’t just a money saver. Lots of cloud adopters assume that by moving their services to the cloud they will instantly save gobs of money. While the cloud certainly can save companies and users money, it’s not an automatic money saver. Depending on the server configuration an organization chooses, the cloud could be just as costly as a dedicated server. Specifically, investing in a lot of automation software can really add to the bottom line when moving to the cloud. Instead of thinking of the cloud as only a money saver, Bittman suggests that IT departments and management think of the cloud as more of an increase in agility and an upgrade to dynamic scalability.

Thirdly, Bittman explains that the cloud isn’t always on-premise. He goes on to clarify that some people assume that a private cloud means it is in a company’s data center, and the public cloud is always in a third-party data center. In reality, it’s easy to purchase a private cloud in a hosting provider’s data center. Bittman says, “Private cloud computing is defined by privacy, not location, ownership or management responsibility.” Next, Bittman defines the cloud as not just in the infrastructure layer. While IaaS is by many reports the fastest growing part of the cloud industry, it’s not always the most important to every application. All the same, many misidentify private cloud computing as virtual infrastructure services only.

Finally, many mistakenly think the cloud is always private. This is of course not always the case. Often, setting up a private cloud with a hosting provider is the first step companies take in moving their operations to the cloud. In a private cloud, companies get agility, scalability, and efficiency. In reality, there are of course public clouds, and also hybrid clouds (a mix of private and public cloud computing).