Note: App hosting can be done on just about any server, but for scalability and flexibility, choose cloud hosting. Unlimited disk space and competitively priced bandwidth costs make cloud hosting with NetHosting the best choice.

RIM has updated its platform and named it BB10. To try and entice developers to build apps for the OS, the company is giving away its DevAlpha device.

BlackBerry hardware has been declining in the mobile device market share with the rise of impressive Android handsets and the popularity of the iPhone. In an effort to make a comeback, Research in Motion (RIM) has been working on a brand new platform for BlackBerry devices to try to catch up to where iOS and Android are at now. This morning, it was reported that RIM has released its BlackBerry 10 (BB10) operating system on a “DevAlpha” device for developers to start building apps and alpha testing the system. 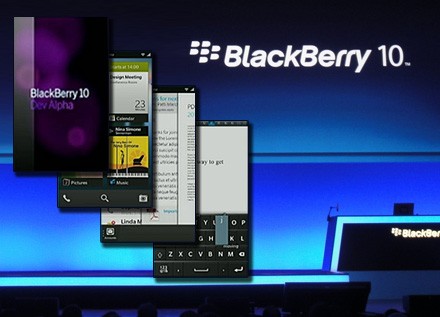 The alpha test of the platform is currently on a RIM created device. The company did say that it isn’t a final version of what the next BlackBerry phone will look or feel like; it was simply the quickest product to accompany the BB10 operating system. The device has a 4.2-inch screen with 1,280 x 768-pixel resolution, including an HDMI output. Those aren’t the best specs on the market today, but they’re pretty good, all things considered. The hardware also has an OMAP processor (which is most likely one of the features that will be changed before the consumer release of the device).

One of the biggest challenges RIM has faced in the past has been getting relevant BlackBerry apps in its store. No doubt the company hopes that by revitalizing its platform, not only will consumers be drawn to the handset but developers will be as well.

Note: The key to any good app is great app hosting. Host your app in the cloud with NetHosting and get a 100% uptime guarantee and 24/7 support from Dedicated Experts™.

All developers attending the BlackBerry World event received a DevAlpha device with the BB10 software on it. In addition to that however, RIM also put the BlackBerry 10 native software development kit (SDK) on its website for developers to download. The SDK includes APIs to the device so developers can utilize functionality like push alerts. The goal, said RIM’s vice president Christopher Smith, is to give developers full access to the platform to make more engaging apps that will convince consumers that BlackBerry is name worth buying again.

The developer toolkit includes tools to help developers build apps with HTML5. Although RIM would love BB10 exclusive apps, executives recognize they’ll catch more developers and therefore more apps if they make it as easy as possible for programmers to port apps from one platform to another. HTML5 is becoming a universal standard that will save developers time, so long as optimized performance takes back seat priority, in getting an app on as many mobile platforms as possible.

Mashable’s hands-on tester reported that apps ran fluidly in BB10 on the DevAlpha device he got to play with, and that it was quick and easy to use, much like iOS and Android platforms. Unfortunately, BB10 seemed to lack any “wow” factor that would really entice users to swap their iOS or Android handsets for a BlackBerry device. RIM is hoping BlackBerry app developers will add that “wow” to the brand.

RIM took a lot of heat about a month ago when it reported its quarterly revenues – which were down 19% and resulted in the company’s first loss in seven years. The real kick in the teeth was that even with its home nation advantage, BlackBerry phones were no longer the most popular device in Canada. Most critics were predicting the beginning of the end for BlackBerry and for RIM. Of course BB10 was already in the works long before the company’s quarterly report, but it has just made this updated platform a bit of a Hail Mary pass for RIM. Time will tell if it pays off in the end.

If you’re interested in reading more about cell phone news and technology, check out our blog post about Californian laws that are trying to protect the privacy of cell phone users, which the four major carriers are not happy with.