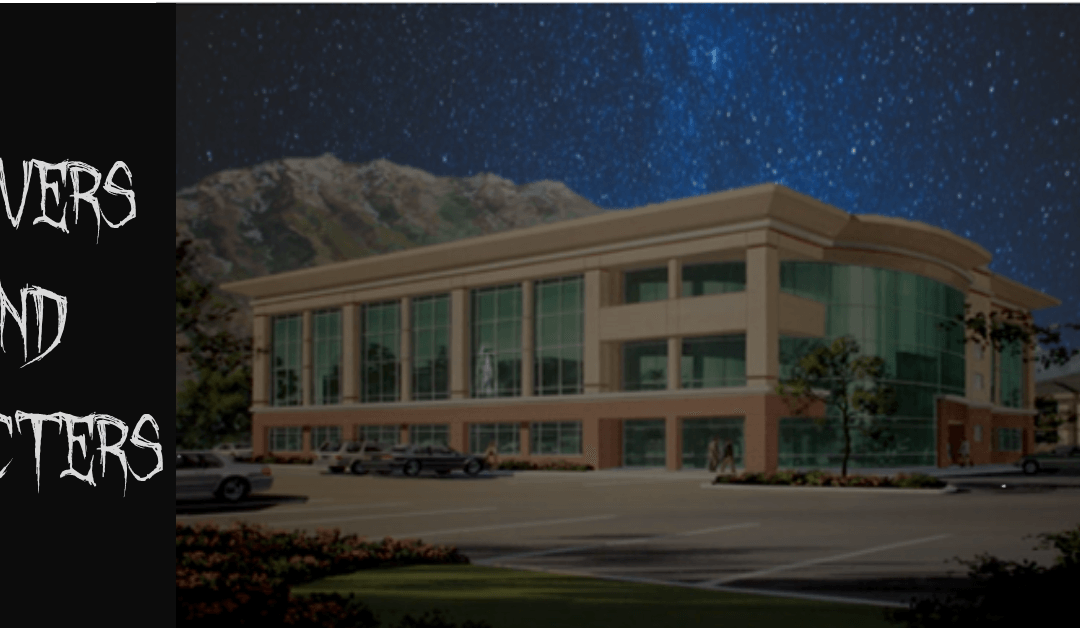 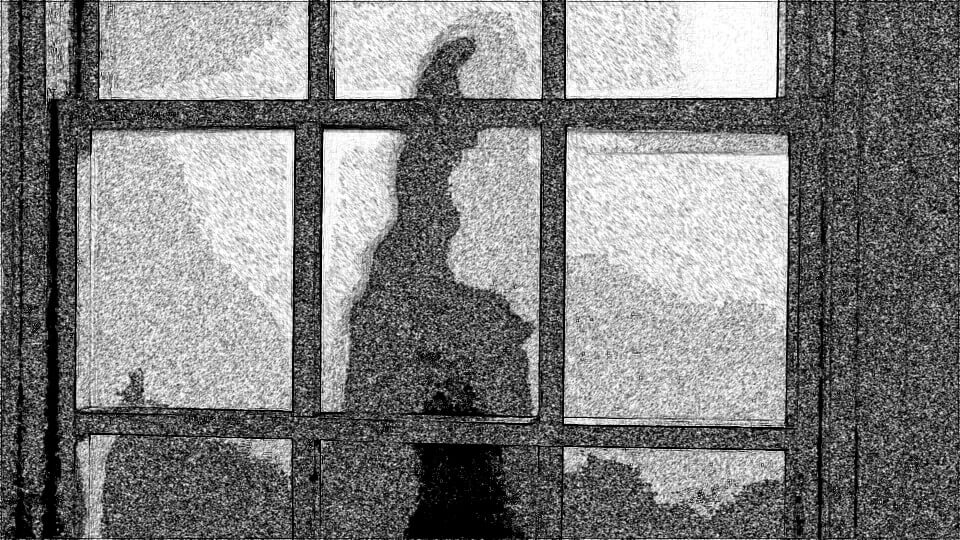 THE PSYCHIC ON THE PHONE

I was working late one night in a bit of a sour, dour mood after spending four hours trying to explain to a lady where to find her address bar to get to her website. I hadn’t had lunch or dinner, and I was grumped.

As I hung up the phone without hearing a “Thanks for the help,” I wondered what was next for this customer. Would she go forward with my suggestions of getting her own dedicated server, or would she continue to struggle with shared hosting as her company grew? She offered services that, to me, seemed preposterous. Fortune telling and psychic services? All that type of stuff, it was a joke. She had been notably offended when I laughed about her not foreseeing the growth of her company. But even with her lack of basic computer skills, she was apparently a big success in her industry.

I sighed and scribbled on my notepad, “What is success?”

I looked up from my cubicle to see the office was empty. I looked at the clock: 11:03 at night. Marci, the cleaning lady, would be here any minute. The blinds had been left up, so my reflection stared back at me from the south wall that was really just a huge piece of glass. The mass of cubicles became a single line across the middle of the window and I watched myself as I grabbed my cane and limped towards my reflection.

I cupped my hands and looked out across the parking lot. A full moon shone down on a single car parked in the front-and-center handicap spot.  My car.

And then I heard it. A soft, inaudible whisper. Goosebumps crawled up my arms and along my shoulders to my neck. I turned quickly and looked around. “Hello?” I said. “Marci? Is that you?” The whisper continued. My eyes were bugging at this point, and the whisper got louder. I could kind of make it out…

I was frozen to my spot. It had been a wispy bit of sound that seemed to weave around my ears and then run off.

Silence loomed back at me.

I slowly started making my way back to my desk, my eyes bouncing around the room like ping pong balls.

As I got back to my desk, I heard it again, softer this time and nothing coherent. It began to laugh ever so gently and then fell silent. I froze again. And then the goosebumps crawled across my whole body, and I looked up slowly towards the window wall… something was floating right behind me. Hovering,  white, translucent. A human form, with long legs and arms. I watched as it wove its arms around my neck, almost in a hug, and I felt coldness wash over me. I grabbed at my throat and turned around to see… nothing.

Slow steady laughter sounded and faded into the unknown. My goosebumps receded, and I collapsed into my chair, exhausted. 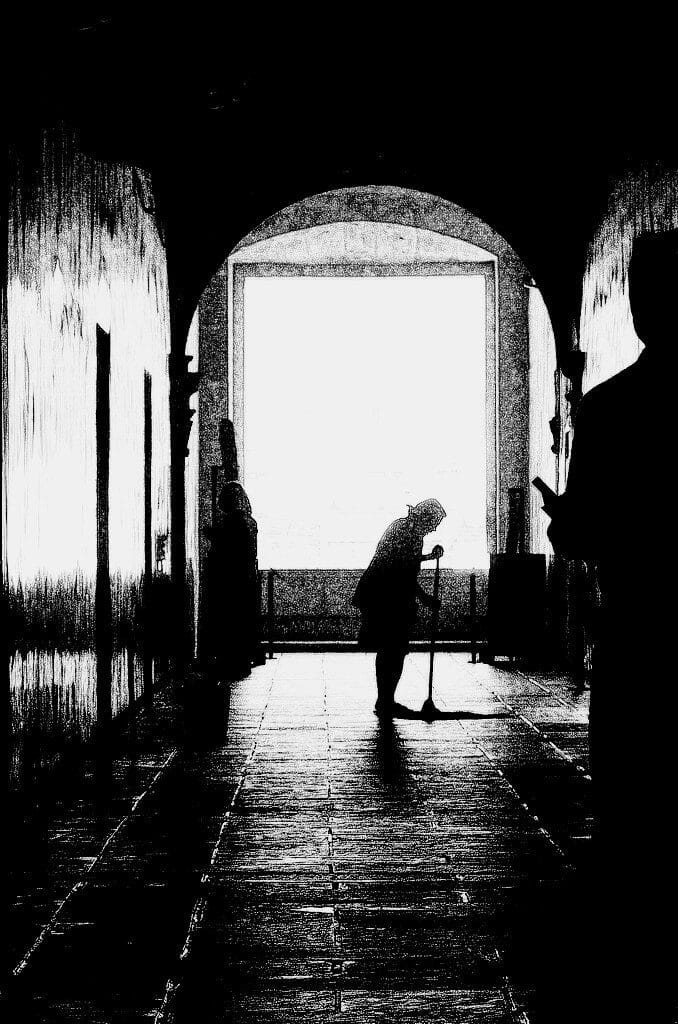 THE MOP IN THE HAND

I slowly woke up to see Marci standing over me with a mop in her hand.

“What are you doing?” she said.

“I… must’ve… fallen asleep.” I rubbed my eyes and as I did, what happened came back to me.

My eyes must’ve grown wide because she took a step back and held out a hand.

I turned quickly towards her in my chair and she took another step back. “Have you ever …heard… strange noises when you are here cleaning, Marci?”

She raised her eyebrows and a little bit of light came into her eyes.

“Well, not usually. Just… tonight… I don’t usually work this late, though.”

“You mean twelve in the am?”

She nodded her handkerchief-capped head slowly. All ten of her thin wiry fingers were grasping the broom parallel to the ground, and she had on torn jeans that reached high up to her chest. She wore a small white tank top, and her over-60 eyes raked me up and down briefly before she turned back to the bathroom she was mopping.

I followed her slowly and asked again.

“Do you ever hear things when you’re here cleaning, Marci?”

Her bony back stuck out of her tank top as she shrugged her shoulders and then began to mop the bathroom.

“I’m old. I don’t hear things too well these days.”

And then it was back. The whisper. And the laughter. Only this time it was louder.

Marci froze for a moment and then kept on mopping.

It was gone in an instant. “There! Did you hear that?”

“Did you hear that, Marci?”

She stopped and turned towards me.

“Nothing,” she said, with a somnolent look. “When did you last eat?”

She turned back to her mop. “Time to go home. Get some food and rest.” 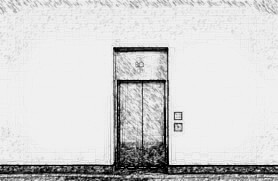 The next day I was ready to put all the creepiness of the previous evening behind me. I wrote it off to my fatigue and lack of food.

At 5 o’clock I was out the door and home to my dog and a good, non-creepy book.

But the next day… that same psychic client kept me late again. As the hours pushed on, I had a sneaking suspicion that she was keeping me late on purpose. The questions were becoming repetitive, and her demanding nature seemed to be some sort of act. When I finally broke free of her, I looked at the clock, and it read 11:03. I jumped up, grabbed my cane, and headed for the elevator. And then…

It sounded like a POP! And all the lights went out.  I froze again. But quickly kicked myself into survival mode and limped as quickly as I could to the elevator and began pounding the buttons. Then – the gentle laughter.

I turned, my back pressed to the elevator door. My breathing began to quicken, and I grazed the room with my eyes.

And then a form.  A dark form.  I could see it moving around over in the cubicles. It was a rounded shape, like a hunchback sneaking around.

The shape stopped moving and appeared to turn towards me.

And then the laughing started, the lights came back on, and I saw Marci — mop in her hand, crouched.

“Marci?” I moved towards her.

She looked up at me, her eyes were dark and squinted.

“Why are you here again?” she said.

The laughing grew louder. Her eyes got wide.

She scowled and held the broom tight to her chest. And then, from the cubicle behind her, the translucent form slowly rose into the air, a human form but with no defining features except for a long arm that slowly rose and pointed at Marci. 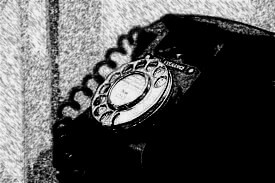 Marci saw the light in my eyes, turned slowly to face the accuser. She held the broom up to the form and said, “Just leave me alone!” she swatted at the shape with the broom and then turned and tried to run. Quick as lightening the form grabbed at her ankle with its long slender arm, and slammed her up into the ceiling. She seemed to float down to the ground, where her bony body lay in a crumpled pile, unconscious.

I was trembling all over. I was still trying to gather my wits to address the situation, but how could I be successful in a situation like this? I didn’t even know where to start.

There was another POP! And the form vanished, along with all the lights.

And then. A ringing phone. The sound bounced eerily off the deserted office walls and I caught my breath.

It sounded like…it was coming….from my desk phone.

I was too scared to move, but it didn’t stop ringing. One, two, five minutes? I have no idea how long it rang before I hobbled to my desk and shakily picked up the receiver and held the cold plastic to my ear.

A familiar female voice came crackling through the line and addressed me calmly.

“The ghost wants you to know. That she used to work in that office. At that desk.  She used to speak into that phone. She worked late one night…she stumbled across a cleaning lady….” I turned quickly and looked at Marci’s stagnant shape on the floor. “…Marci…turns out Marci stole the blueberry chocolates.”

And then, the voice was gone. The lights came on. I dropped my head, and slowly set the phone back in the receiver.

I picked up my cane, hobbled past the chaos on the floor, and left.