Note: Security isn’t just important for government bodies – it’s important for all companies. From protection against physical disasters to making sure we’re PCI compliant, we cover our privacy and protection bases. Read about how NetHosting can provide you the most secure hosting solution possible.

The president announced an executive order to allow the U.S. government to impose sanctions on countries that use technology to violate human rights.

Some say social media is just time wasting on the Internet, where the majority of users share too much inane information. Current events however tell a different story. Riots in Egypt, Libya, the Middle East, and North Africa have all been organized and are credited in part to social media’s ability to organize and disseminate information quickly. While social media and other digital outlets like the Internet in general have been integral in furthering freedom in some countries, the other side of the coin is that governments can use the same technology to oppress and intimidate. 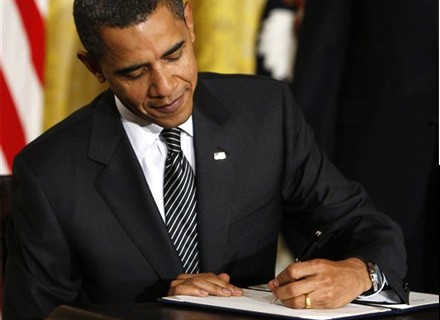 In response to that train of thought, today the Obama administration issued an executive order that will grant the United States the right to impose sanctions on foreign entities that use recent technology to conduct human rights violations.

These violations that the U.S. government is talking about include cell phone tracking, Internet monitoring, kill switches, wire-tapping, and more. The majority of these activities have been used recently in Libya, Egypt, Syria, and Iran, and those cases are drawing the attention of Washington D.C.

The announcement came from the president today at the U.S. Holocaust Memorial Museum. It’s assumed that the president took this opportunity to show that updating U.S. national security should become a priority since new technologies (and application of those new technologies) are developing so quickly. Many are of the same opinion as the president and believe that a cyber attack is now the nation’s biggest threat.

Note: Is your server prepared against a cyber attack? A dynamic cloud hosting solution is probably your best bet. A cloud server provides massive scalability and incredible uptime.

Many are assuming this executive order is a direct response to critics who believe the U.S. government’s lack of action in response to Syria’s recent violent repression of its people, which left thousands of civilians dead, was a serious misstep.

The current Syrian government has been accused of tracking its opposition’s satellite phones and computer addresses. Rumors are also circulating that a group of foreign journalists that traveled to the Syrian city Homs in February were illegally tracked. Two of the journalists were killed and one was an American working for the Sunday Times of London.

Recognizing that these oppressive regimes get their hardware from a third-party, the executive bill to be signed today also includes leeway for action against companies that provide this kind of technology to governments that violate citizens’ human rights. Again, this seems to be a response to a claim against government inaction, specifically because it is alleged that an American company is providing these monitoring tools to Syria.

Some grey area is introduced by the actual language of the order. For example, the line between “new technology” and “old technology” that performed the same tasks is very thin. It may become difficult to enforce such an order when countries and companies begin to haggle dates of technology release and implementation. One of the largest problems that remains is the fact that the U.S. government employs some of these methods itself.

Again, the executive order was drafted and signed with Iran and Syria in mind, but because those countries aren’t specifically stated in the order, the U.S. government is free to try and impose these restrictions on other countries in the future if it sees fit. Those who have raised concerns about the leeway that gives the government to pick fights with whomever it wants were addressed; the government reported that it would only use the executive order to sanction other countries in extreme situations or on a case-by-case basis.

To read more about the Obama administration and its recent work with technology and the Internet, check out our blog post about the privacy bill of rights that was passed to protect app consumers’ privacy.