The Cisco Networking Academy Is Moving To the Cloud

Cisco announced today that it is moving its Networking Academies into the cloud learning management system Canvas, which is a product of Instructure.

Arguably the largest education program in the world might be Cisco’s Networking Academy. Although it might not be well-known in the mainstream non-tech media, Cisco provides educational and training materials to more than 10,000 universities, community colleges, and high school. The goal is to teach students networking and ICT skills to prepare them for jobs and higher education programs in fields like engineering, computer science, and information technology. 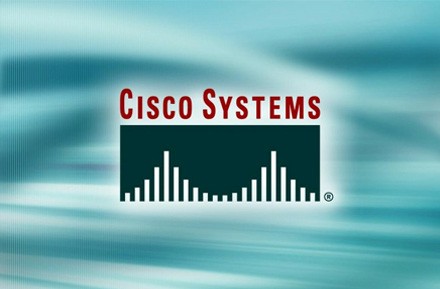 Currently, there are over one million students enrolled in Cisco’s Academies, but there has been over four million since the programs beginning. The material is found in 165 countries and 17 languages. Just this morning, Cisco announced that is has partnered with Instructure to use the company’s learning management system (LMS) in a multi-year contract. Instructure calls its learning platform Canvas and that’s what Cisco will be utilizing to better manage its academies. Canvas is open source and is Instructure’s first foray into the LMS market.

While Cisco already has a global classroom online, Instructure is assisting in moving all of the online IT courses into the cloud. Additionally, Canvas will be integrating some extra features into the classroom management, including simplified tools for grading and assessment. This contract will be mutually beneficial, as Cisco is going to be working with the company to scale the Canvas platform in a huge way, to reach students all over the world.

Instructure isn’t even 18 months old yet, but the startup is obviously making big moves. In January 2011 Josh Coates (founder of Mozy) started Instructure in hopes of turning the LMS market on its head. Big names in the industry currently include Blackboard and Moodle, which if you have ever had to use either, you know how terrible the functionality and user interfaces really are (I speak from experience). Unfortunately, despite the universal distaste from students and educators for both products, they’re almost the only options for learning management systems today. Again, Coates and Instructure aim to change that.

As of 2011, Instructure had $8 million USD series B round funding from investors like OpenView Venture Partners, Epic Ventures, and more. Totaled with their startup money prior to the funding round, the company had $9 million USD in funds. Coates declined to divulge the company’s current revenues, but he did say that there has been interest in Instructure’s series C round of funding but the board has decided to not pursue outside funding at this time. Of course, that is just an indicator of how much dough the company has in its reserve funds, particularly after this contract with Cisco. And of course, this kind of exposure will only beget more business opportunities and future expansion for the startup.

Since 2011, the company has only been expanding even further. Canvas has already begun to be implemented in universities, 189 institutions to be exact, since its launch. Schools now using the service include Brown University, Auburn University, University of Austin, Texas, and Wharton School of Business, and obviously many more. From all of those schools, Canvas now has over 2.7 million users. And naturally, to accommodate its user base, Instructure’s employee count has jumped from 20 to 130 in fourteen months.

Cisco Academy education has long been hailed as a great opportunity for students who want to move forward in their IT education but might not have the resources or money to go to traditional computer science or IT courses. This is just part of the growing trend for young and old alike to turn first to Internet resources like Khan Academy or even YouTube videos to educate themselves before signing up for a class at the local college.

To read more about the future of education in the 21st century, check out our blog post about Apple’s educational products.