Zynga’s Words with Friends had the most daily active users but as of last week, OMGPOP’s Draw Something took the top spot.

Last week, the tides of Facebook gaming turned – Zynga has been surpassed as the company with the most active daily users on Facebook. The new king of Facebook games is OMGPOP. The game that’s toppled Zynga’s reign is called Draw Something. 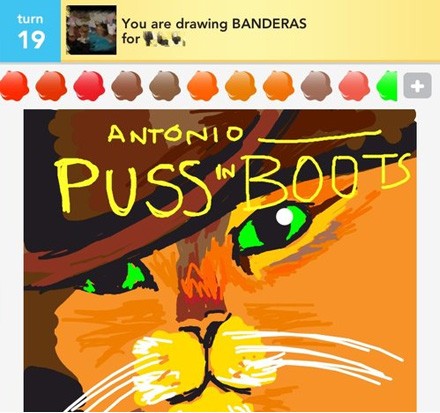 Draw Something is like Pictionary, where two people start a game, one player is shown a word and the other player has to guess that word based on the picture the first user draws. Zynga’s top game (with the most daily active users) prior to being outnumbered by Draw Something users was Words with Friends.

The number of daily active users is tracked by Facebook’s AppData Leaderboard. The hard data shows that Draw Something now has 10.8 million daily users and Words with Friends now has 8.6 million daily users. The monthly usage stats tell a different story.

As far as monthly active users, Zynga is still on top with the games CityVille and Texas Holdem Poker. Despite the impressive monthly numbers, game developers get more monetization from daily active users and those are the player numbers that game companies pay more attention to.

OMGPOP is based in New York City and boasts just over 25 million registered users total. The company has actually been around the Facebook gaming scene for awhile but it couldn’t break into the upper echelon of the Facebook AppData Leaderboard with a big hit.

The casual gaming company also has a destination site that users can play games on as well (unlike Zynga which only allows users to play games on Facebook). Dan Porter, OMGPOP’s chief executive, reports that the company has more games that he is expecting to become big hits on Facebook. There are also more prospective investors looking at the company now that it’s reached this milestone, says Porter.

The other impressive piece of data that’s being displayed on the leaderboards is that most of these games (Zynga, OMGPOP, and others) are primarily being played on mobile devices. This points to the fact that these companies could simply develop their games as native iOS or Android platform games and not have to deal with Facebook’s internal system. That sheds an unfavorable light on the future of Facebook gaming.

Unfortunately for OMGPOP (but fortunately for Zynga and other Facebook game developers), the Facebook AppData Leaderboards are in almost constant flux. Although this has been the second week of Draw Something’s usage dominance, the data trends show that for about a month an app reigns supreme and then it falls again to Zynga’s consistency of churning out popular game after popular game.

The last time this happened was with Tiny Tower, a NimbleBit production. It was Apple’s Game of the Year but has since fallen to number fifty on the list of top grossing games, behind Zynga’s incredibly similar (many said rip-off) game Dream Heights (which comes in at number nineteen). Additionally, the game developer Pocket Gems had the top grossing iOS game last year and two games that were in the top five grossing games last year. Now, the company has one game in the top fifty at all, which is Tap Pet Hotel, in slot thirty-seven.

Overall, this means that mobile gaming companies’ hype isn’t as strong as it once was. The first valuations we heard of were for companies like Rovio (who made Angry Birds) receiving $1 billion valuations. That deal never went through however, and now we can see that investors aren’t willing to put that kind of price tag on a mobile platform game whose popularity will fluctuate so much.

Earlier this week, rumors were circulating that Zynga was in talks to buy OMGPOP. At last check, the price tag was hovering around $200 million. If the deal actually went through at that price, it would be the most expensive acquisition that Zynga has ever made. The question mark in the deal is if OMGPOP is asking for too much. Traditionally, Zynga has looked to buy low so it can build the game’s popularity itself.