Note: If outages in Amazon’s cloud have truly scared you, come get your peace of mind back with NetHosting’s dedicated hosting. We can promise you a 100% hardware guarantee along with 24/7 customer support from Dedicated Experts™.

On Friday evening, Amazon Web Services had an outage in its northern Virginia data center. Specific services knocked out included Elastic Compute, Elastic Cache, Elastic MapReduce, and Relational Databases. The electric grid in the area went down due to massive thunderstorms. 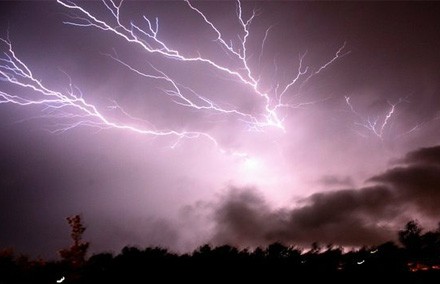 Not only was the data center affected but power went out for commercial and residential areas throughout the region. The power company called Dominion Virginia Power released a statement at the time, saying “a line of severe storms packing winds of up to eighty miles per hour has caused extensive damage and power outages in Virginia.” While many complain of the media’s coverage of the commercial outages and not the residential victims of the storm, it should be noted that the power companies most often restore power to critical businesses first, e.g. hospitals.

Popular web sites using Amazon’s Web Services that subsequently experienced down time included Instagram, Pinterest, and Netflix. I think it’s safe to say the only way Internet traffic could’ve taken a bigger dip would be if Facebook or Twitter had gone down as well. Additionally, a company called Heroku that provides platforms for startups and mobile apps was hit with downtime. While Netflix and Pinterest resolved their problems fairly quickly, Instagram stayed down for a large chunk of time on Saturday, as did Heroku.

Note: Your app has been reviewed by Wired.com, it’s getting tons of traffic, & suddenly the data center you’re hosted in experiences down time. Don’t get caught in the storm; choose app hosting with NetHosting for our 100% uptime guarantee.

This isn’t the first time Amazon has had outages in the recent past. As recently as June 14th of this year, the same eastern United States data center lost power. The official Amazon designation of the facility is US-EAST-1. The bigger picture again, is that 1.5 million customers lost power in the general DC area early Saturday morning. 500,000 were affected in northern Virginia.

Amazon rivals were quick to point out that hosting competitor Joyent has a data center in the same region on the eastern seaboard and experienced no outages during the extent of the inclement weather. Along the same lines, in April of last year, Utah valley experienced massive thunderstorms and the NetHosting data center experienced no down time. In fact, the data center itself was struck with lightning, literally, and all backup power and network fail-safes sprung into action without a hitch. It raises questions about all the claims Amazon makes about its own availability and redundancy.

In Amazon’s defense, amid the public’s questioning tweets as to why the data center didn’t keep operating on generator power once the grid went down, the storm reportedly took out the primary and backup generator power to the facility. The same Amazon spokeswoman who made that announcement also assured the public that more details from Amazon would be released in the coming days.

This all leads to the question of perhaps creating data centers that are off the grid. The sentence alone sounds preposterous but the idea is already being put into effect in Utah. The largest proponent of grid-less data centers is eBay. The company announced last week that it is planning on powering at least one part of its facility with thirty fuel cells from Bloom Energy. That means, were the grid that the eBay data center relies on to go down due to a natural disaster, that corner of the building would keep on chugging. Perhaps, given the northeast’s propensity towards thunderstorms and an unreliable power grid, Amazon should consider placing the same order with Bloom Energy.

Although eBay is well prepared, the truth is that natural disasters don’t often happen in Utah. The safest place to host data is in an environment as tremor-, storm-, and flood-free as Utah is. To read more about the impeccable security from physical, natural, and digital disaster that NetHosting has surrounded its data center with, check out our web page outlining all of our safety precautions.