Note: Tumblr runs on dedicated servers, which are incredibly stable. NetHosting’s dedicated hosting comes with Dedicated Expert™ support and a 100% uptime guarantee. To get the stability and privacy you want, get a dedicated server today.

If you’ve ever used Tumblr, you may have been struck by the lack of ads on the site. For a service that boasts billions of page views a month, and has no paid subscription fee and is making very little money, you’d think that ads would be the first solution a start-up would implement. And yet, Tumblr Inc. hasn’t.

That changed however when the company decided to hire more employees, including more executives to run the show, and to put ads on the site. The ads were implemented yesterday. Some protest the ads being put on the site and Tumblr’s president John Maloney resigned this past weekend. 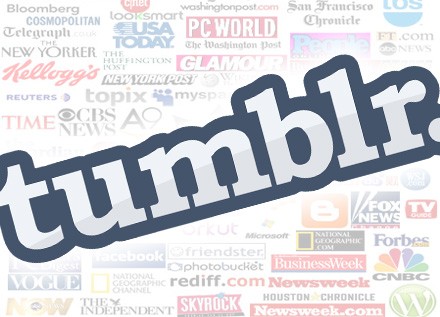 Maloney’s statement didn’t hint at any hard feelings, he simply said that he was more interested in the start-up phase of company’s, not the “big network” phase. Additionally, he might have noticed with the executives in finance, engineering, and human resources that were hired on recently, his general management position was not as necessary to the company.

While the president has left, chief executive officer David Karp is remaining steady at the helm. However, he was quoted in April 2010 in the Los Angeles Times as saying that Tumblr would never want to put ads on the site. Some users have become upset, claiming that Tumblr has “sold out.” The company has also been toying with the idea of revenue that WordPress has utilized – selling webpage themes to users and taking a cut. One small source of revenue that the site has had is charging users $1 to highlight their posts in other users’ streams.

However, when Karp presented the plan to incorporate ads onto the site this past week at the Ad Age Digital conference, he called himself an idiot for not implementing ads sooner. And in the final surprise move, he closed by saying he still finds ads distasteful. While it seems like he’s flip-flopping to try and appease two different audiences (investors and users), in reality he seems to be accepting the nature of the beast (the Internet) – ads are almost a given to make any kind of money on any site.

Advertisers are now able to put ads on the Tumblr dashboard and directory pages. Vice president Derek Gottfrid is in charge of revenue and believes that the ads will work right into Tumblr’s current model. Because the microblogging site is primarily visual, brands will be able to place ads that communicate through the same way. Unfortunately right now, Tumblr doesn’t actually have much demographic data about its users. Gottfrid is building a small team to start understanding the site’s user base better so advertisers can create targeted ads.

Having said that, the advertising agency Razorfish has been tracking Tumblr. The decision was made to follow Tumblr because of the large user base and the creativity that the user base puts out. Despite the hope of tracking the site, prior to Tumblr monetizing the site with ads, Razorfish still admitted it would prefer to advertise with bigger networks like Twitter, YouTube, or Facebook, before jumping on the Tumblr advertising bandwagon. Other major advertisers like Spark Capital however, are hopeful that Tumblr ads will bring in a lot of revenue for them.

If you’re interested in reading more about Tumblr, check out our case study about the microblogging site, it’s beginning, and how its servers work.