VMware Not Fighting OpenStack, but Joining It

Note: The cloud is becoming the place to be in the hosting industry today. Give cloud hosting with NetHosting a try to get unparalleled support from Dedicated Experts™ and great uptimes.

VMware announced that it will join the OpenStack Foundation and contribute to what some thought would be the platform to bring VMware’s downfall.

The annual VMware conference, VMworld, is happening now in San Francisco, California. Business and IT professionals are rubbing shoulders and networking for the five day event. Just prior to the start of this convention, VMware dropped a big announcement that it would be joining the OpenStack Foundation as a Gold member. Other Gold members in the organization include Intel and NEC, and all Gold members pay a fee that is approximately .25 percent of their revenue, that is at least $50,000 USD but no more than $200,000 USD. All members are listed on the OpenStack Foundation wiki. Tomorrow the foundation will have a meeting to discuss new potential members. 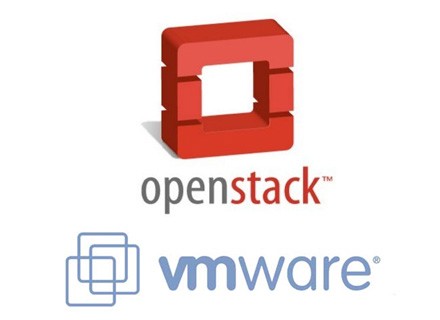 News of the addition to the OpenStack team comes as a surprise because many assume that VMware is the natural opponent to OpenStack. When the OpenStack project started over two years ago with NASA and Rackspace, it looked to the rest of the industry like the first real competition to VMware’s server virtualization solution which dominated data centers, in addition to Amazon’s huge public cloud offering. Immediately, what looked like VMware competitors started lining up to help the open source project, competitors like IBM, Hewlett-Packard, Citrix, Red Hat, Microsoft, and more.

Despite the surprise that has hit many in the industry from this announcement, others claim that we should’ve seen it coming. VMware acquired Nicira and DynamicOps last month. Both companies do not have a VMware-centric infrastructure, which could’ve been the first clue that VMware doesn’t mind playing nice with others. Since IBM and Red Hat officially joined the foundation in April, there hasn’t been much news about new, big-hitting members signing up to donate to the OpenStack cause. VMware’s addition is a nice boost, not just from the lull but also from Citrix’s departure. Not only did Citrix leave, but the company left to start another rival open source cloud platform product called CloudStack.

So what is VMware playing at? Some say that this is further evidence that VMware is moving in an open source direction, particularly because the company bought Nicira, which works extensively with open source products. To be fair, VMware launched its Cloud Foundry PaaS which is open source, but the bread and butter of the company, vSphere, is perhaps as far from being open as a product could possibly be.

Additionally, VMware might be recognizing that data centers now have more options than using only vSphere in their facilities. Former Cloud Foundry executive Derek Collison said in an email to GigaOM, “I think they need to continue to find revenue opportunities up the stack, and although they want those to primarily drive vSphere workloads, they realize some of the higher level technologies, especially around PaaS and software-defined data centers, may use technology from other vendors, including technology from OpenStack. This and the Nicira relationship is what prompted the move at this time.” Collison left VMware last year and founded Apcera, a PaaS startup working to define what the future cloud platform will be.

An anonymous VMware service provider partner said that while VMware is still on top of the server virtualization market, its other products like Spring or other acquired products aren’t gaining traction with end-user customers or service providers. To this anonymous commenter, Spring didn’t really make a dent in J2EE or .NET adoption. While vSphere and Cloud Foundry are grabbing headlines, in just about every other way, VMware is falling behind. The partner went on to say that vFabric Director and vCenter Operations Manager are good technologies but are too difficult to use.

To read more about VMware, check out our blog post about the new VMware CEO, Pat Gelsinger.