Cloud Foundry is still going strong, but some had begun speculating that VMware would enter the IaaS market with the company’s recent leadership change.

Last week we acknowledged the rumor mill by speculating with the rest of the Internet what the new focus of VMware might be with its new CEO Pat Gelsinger. Most journalists felt certain that VMware was going to start gearing up in earnest in the cloud. However, as quickly as the rumors started up, they were shut down by a company executive who said those rumors are “completely unfounded.” 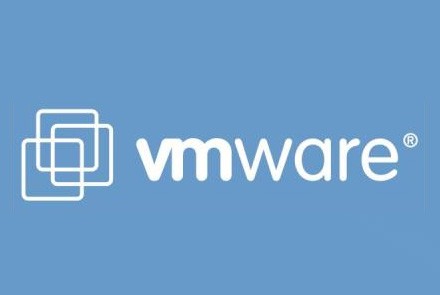 Gelsinger used to be the chief operating officer of VMware’s parent company EMC. Another rumor that was circulating hypothesized that previous CEO Paul Maritz would shift from his position to the head of a VMware spin-off company, combining cloud assests from VMware and from EMC. VMware’s VP of Cloud Services Matthew Lodge was interviewed on Thursday and was adamant that the rumor above is not founded on any discussion that actually happened within the company.

One final rumor that had been floating around with the news of the leadership change was whether or not one project even existed: Project Rubicon. This was purportedly an EMC/VMware Infrastructure-as-a-Service (IaaS) project that multiple media sources online were discussing last week. Again, Matthew Lodge put the Project Rubicon rumors to bed and said that no such project existed.

The bottom line is IaaS isn’t really a venture that VMware wants to jump into. Lodge has gone on record to assure everyone that VMware’s primary objectives are focused on Platform-as-a-Service, as so noted by the company’s latest project Cloud Foundry.

These two terms get tossed around a lot, IaaS and PaaS, but perhaps for some of you, they’ve never been defined. IaaS is when a company offers to operate a cloud client’s storage, networking, and servers, virtualizations, and operating system. However, the service provider owns and maintains the hardware while the client provides tools like middleware software to manage the servers. PaaS providers deliver all the features that IaaS providers do, as well as the middleware and database software packages. This means that PaaS clients can simply put their applications and data on the servers they use from PaaS provider.

The big bad example of IaaS today is Amazon Web Service (AWS). Customers who sign up for the service get a server with the operational software to make the servers run “right out of the box.” However, the software does require updates and management, which the clients have to perform themselves. Most companies entering the market don’t want to compete head on with AWS. So, instead of offering IaaS, companies like Microsoft, Google, and VMware are leading off with PaaS offerings in the cloud. Their services respectively are Windows Azure, Compute Engine, and again, Cloud Foundry.

Note: Microsoft has a great niche market for those who are most comfortable using Windows as opposed to Linux. To get Windows on an affordable server, try NetHosting’s Windows virtual hosting today.

With Cloud Foundry, VMware is making a two-pronged attack. The company can first capitalize on its massive vSphere virtualization market share. Analysts estimate that VMware holds eighty percent or somewhere in that range, of the virtualization market. This will encourage the company’s current user base to put their virtual infrastructure in the cloud. Because of the nature of PaaS, any application that runs on a “local” vSphere virtual machine will work just as well and will port just as easily over to a cloud-based vSphere VM.

Secondly, the company will advertise heavily to entice new app developers to the service. VMware plans to show how much better PaaS is than IaaS for developers who want to operate in the cloud. Lodge comments that “AWS and Google are not good for moving existing apps to the cloud. They are better for developers writing new apps from scratch.”

To read more about Infrastructure-as-a-Service, check out our blog post about Google’s I/O conference from last week for more news and explanations.