Note: Cloud computing is becoming integrated with more and more services. Microsoft now wants to get in on the action with its newest creation Windows Server 2012. NetHosting has already made that step and has provided reliable cloud hosting solutions for over a year.

In a little over a month, Microsoft will be releasing its beta version of its new server operating system line, Windows Server 2012. Set to release in October 2012 alongside of Windows 8, Windows Server 2012 is supposed to be the best Microsoft server software yet and a leap forward in Microsoft’s goal to become a leading developer in cloud computing technology. Let’s take a look at what is really inside WS 2012 and what it could bring to the cloud. 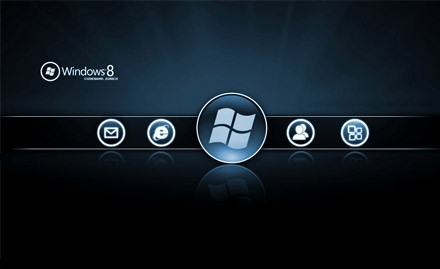 Windows Server 2012 will keep much of the setup from other models but include several new capabilities such as Hyper-V virtualization, networking, and management. Some of the features are experimental and will most likely be altered after the beta version.

The Hyper-V virtualization can support over a 64 terabytes of virtual disk space which is more than 30 times the size of most other virtual storage support. The networking capabilities can allow virtual networks to operate on the same network fabric and the same IP addresses while still being isolated from one another. The Window’s Server 2012 Server Manager can also move files across various virtual machines without sharing resources.

One of the features which have a lot of critics scratching their heads is the Metro interface. Metro functions a lot like a mobile OS in the sense applications or programs aren’t closed but minimized to the background when not in use.  This has the potential of wasting a lot of resources and making the interface that much more cluttered. Luckily there are measures that can be taken in order to become less draining such as implementing a PowerShell for better resource management. It is possible Microsoft will keep the Metro interface even after the beta version but make installing this update much easier. Microsoft will also offer their online backup services but as a separate subscription for Server 2012. Critics believe this service could very well become integrated after the release campaign.

Push to the Cloud

It’s clear that cloud computing is here to stay and is becoming an increasingly popular method of computing and hosting. Microsoft hopes to not only jump on the cloud but facilitate the growth of this trend. Windows Server 2012 is supposed to be one of the cornerstones for Microsoft’s cloud push.

Note: While Microsoft’s push towards facilitating the cloud, cloud computing has always been highly secure, scalable, and managable. NetHosting is dedicated to giving its customers the best experience possible with cloud hosting.

The good news for everyone is the Window Server 2012 comes in two different versions. One is for those who can create and manage their own server infrastructure while the other is for hosts. Each version is complete with the same features and functions including administrative tools, but set up in different capacities to facilitate the goals of the different parties.

Windows Server 2012 is also designed to benefit both the public cloud with an easier interface for the administrators and simplify the creation and management of private clouds. While individuals are pushing towards the use of public clouds such as Dropbox, many corporations and businesses are beginning to move to or build private clouds to keep their data safe. Microsoft’s new server development is supposed to make that move even smoother.

The release date for October is not quite set in stone. Microsoft hopes to release its new OS alongside the anticipated Windows 8. Unlike Windows 8 however, server software doesn’t really need to meet holiday rush sales so don’t hold your breath too long. As the beta version seeps out, we’ll have a better idea of what is actually inside this operating system, the good and the bad.