Note: Microsoft is pairing down, and that’s wise. Almost as wise as using the cloud. Try cloud hosting with NetHosting today for affordable hosting with great service from Dedicated Experts™, 24/7.

Instead of the plethora of OS versions Microsoft used to offer, the company has paired down the future Windows Server 2012 OS to four.

In years past, Microsoft has made an incredibly varied product line to appease customers with its operating systems. From Home Basic, Home Premium, Professional, Ultimate, etc., Microsoft has almost become the Baskin Robbins of the operating system world. It has been announced that in the upcoming version of Windows Server 2012, the company will only have four SKUs to make up a simpler product line. 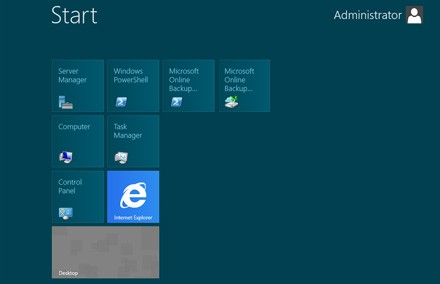 The new focus for the SKUs will not be targeted towards types of users but will instead focus primarily on socket count and virtualization rights. The two main editions will be called Datacenter and Standard. While past SKUs have had different features to try and target different audiences, these versions of the operating system will have the same features and will have the same hardware limits.

Both versions will also require CALs for authenticated server access and will be licensed on a per-socket-pair basis. Of course, they have to be differentiated somehow, and the company has chosen to make the distinction between the virtualization rights of each. The Standard edition will run up to two virtual machines while the Datacenter edition will be able to run an unlimited number of virtual machines. The Standard edition license will start at $882 USD and the Datacenter licenses will start at $4,809 USD.

The other two Windows Server 2012 editions that will be for sale will be limited-capability versions. One will be called Essentials and the other OEM-only version will be called Foundation. Both will cost $425 USD. Unlike Standard and Datacenter, Essentials will be able to run only on a physical, two-socket machine or a virtual machine, not both simultaneously. Foundation will only be installable for a single-socket physical machine. Despite the smaller total number of licenses, Essentials will still support a large amount of Windows Server’s functionality. However, features like Active Directory, and other file server features, will come preconfigured and preinstalled. Up to twenty-five clients will be supported on Essentials.

Note: An essential for every server is uptime. We understand that at NetHosting and that’s why we build our facilities and our networks to such a high standard that we can promise every hosting customer a 100% uptime guarantee.

As you might’ve guessed, Foundation is even more restricted than Essentials. Only very small businesses will find a use for the licenses provided from this SKU. It will support at maximum, fifteen clients.

To read more about Windows Server 2012, check out our blog post that covered the beta release of the operating system.