A redesign is coming to the backend of mobile WordPress for those who manage sites and blogs.

WordPress has become the most popular blogging platform in the world. It’s now so universal that most hosting companies (including NetHosting) include WordPress services on the servers customers buy. This morning WordPress founder Matt Mullenweg announced that the company has been hard at work designing a new interface for the blogging platform. 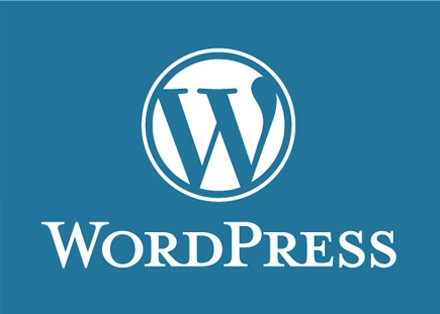 For all of the popularity of WordPress, the service has taken heat in the past from some who say it’s too complex for users who don’t know much about hosting or publishing and just want to write something and publish it online. Unfortunately Mullenweg won’t be assuaging those concerns, because this overhaul is specifically for those using the backend of WordPress on a mobile device.

One in eight sites on the web uses WordPress as a backend, including conglomerates like The New York Times. Addressing the disappointment that the revamp doesn’t apply to all WordPress interfaces, Mullenweg highlighted how difficult it would be to implement, since the service has become so massive. “WordPress is really on its third of fourth major pivot. It’s easy to pivot if things are going badly, but when it’s going well you have the weight of all your existing users” explained Mullenweg to paidContent correspondent Bobbie Johnson.

Tech news site GigaOM hosted the paidContent 2012 event which hosted Matt Mullenweg and which has hosted many other industry leaders in events past such as the president of Conde Nast Bob Sauerberg, the Chief Digital Officer of NBC Vivian Schiller, and John Miller (Chief Digital Officer, CEO, and Chairman of News Corp.). paidContent is a sub-blog of GigaOM, dedicated to delivering news about the “economics of digital content.”

Critics have started to advise bloggers to jump ship in light of the success of social media like Facebook, Twitter, Tumblr, and others. The WordPress founder scoffs at the idea that blogging is declining, saying “Blogging has been declared [dead] at least five times. But that’s like saying creativity is dead, or personal expression is dead.” Mullenweg is confident that each social network has its own niche to fill and when people want to express themselves in a long form (which is not obsolete like some would claim) blogging is still king.

The flexibility of WordPress is what makes it so viable as the front end for so many websites. While at its lowest level it can operate like a blog, the ability to skin the layout with CSS and HTML in any way you want can turn what would just look like a blog into a full-fledged news site (e.g. The New York Times) or a personal, professional website, or just about any other purpose you can think of.

Note: Of course NetHosting also offers WordPress with its server offerings. Check out our shared hosting packages to see the integrated WordPress service you can get with a cloud virtual server.

For that reason, hosting services offer integration with WordPress on servers to ease the publishing process for customers. Some people don’t know where to start when they begin using web hosting, let alone which hosting service to purchase (virtual hosting, cloud hosting, dedicated hosting, etc.). And don’t forget that many people start using hosting without even knowing how to build a website or where to find that information.

And there shines the true value of services like WordPress. Users with little to no background in web hosting, system administration, or programming can start a site and get their thoughts, products, or requests onto the Internet with very little barrier to entry. You’d think with that kind of market, WordPress would make simplifying its layout its top priority, but there is something to be said for the level of sophistication and freedom that WordPress provides.

If you’d like to read more about WordPress hosting, check out our blog post explaining the ins and outs of learning WordPress.