The JavaScript app framework named Mojito, developed by Yahoo, has been made open source on GitHub today.

Most people know Yahoo for its email service and its jingle. What most might not know is that Yahoo has also been developing a framework for applications to run on all mobile devices with the same code. This framework is called Mojito, and today, Yahoo made it open source. 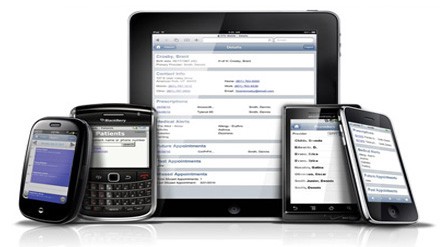 When developers make apps, they have to tailor at least part of their code to whatever piece of hardware will be running that code. For example, to build an app to run on an iOS device, the programming language that used to be required by Apple and now is simply preferred by Apple is Objective-C. To build an Android app, the most common language is Java. Currently developers have to build two versions of the same app to run on different mobile devices.

Mojito aims to circumvent having to write redundant code by just being able to build apps with JavaScript, which runs on all mobile hardware (and non-mobile hardware, for that matter). The framework itself is built on Node.js, which is based on the JavaScript engine. The JavaScript engine also is the crux of Google’s web browser, Chrome. Node.js doesn’t have a huge following yet, but the number of users is steadily increasing as the framework’s functionality and scalability get more and more praise and attention.

The bread and butter of Node.js is that developers can use JavaScript not only to build the front end of a service or product (what JavaScript is primarily used for) but it allows developers to use JavaScript to power the behind-the-scenes work that apps do as well, i.e. the back-end of an application.

Yahoo’s chief platform architect Bruno Fernandez-Ruiz explained that if a mobile device doesn’t have enough bandwidth to download and run a part of the JavaScript code, the back-end of the app can send the code to a server to interpret the code and then send back the results, freeing up bandwidth for the device. While all that is happening, the app can still be downloading and running other parts of its code. However, Yahoo admits that the weak link in the great idea that is Mojito is the time JavaScript takes to download. Yahoo has released Mojito as open source on GitHub for other programmers to use now.

With Mojito, Yahoo has developed Livestand which displays digital magazines and newspapers. The product was released last November, alongside the unveiling of Mojito. Mojito is also a part of a larger framework that Yahoo has been developing, named Cocktails. Other Yahoo Cocktails include Manhattan, which is based on Mojito and is an online service for building applications. Yahoo plans to release Manhattan later this year.

All of this comes in light of this mornings breaking news that Yahoo has laid off 14% of its employees (about 2,000 employees total) in an effort to redirect the company’s future. The bottom line is that it will reportedly save the company around $375 million annually. However, the web company does estimate that about $125 – $145 million will be paid in severance packages to those terminated employees. Notices about job termination were starting to be handed out yesterday at the company offices. As unfortunate a situation as this is for those terminated, most agree that this really is a step in the right direction for Yahoo. Core services that Yahoo really had down to a science were allowed to get stagnant and lose market share.

Despite the very firm move, the company was vague in its CEO’s announcement about what the future would hold. Analysts speculate that more news about future projects and direction will come on April 17, when the company reports its first-quarter financials.

To read more about what Yahoo’s been up to lately, check out our blog post about the lawsuit the company filed against Facebook.