Zynga started building its own data centers and its own private cloud but still uses a public cloud solution for at least 20 percent of its hosting needs.

In 2009 when Zynga released FarmVille, the online social gaming company had no idea what was about to hit it. Up until then, the company had been running its software from a standard retail data center. After FarmVille took Facebook by storm, the gaming company got 10 million users in six weeks and 25 million users in five months. Desperate to keep up with traffic so as to not lose users, Zynga started using the Amazon cloud. However after the hype around Zynga games stabilized in 2010, Zynga realized it could probably build its own data center, specific to the company’s needs. So it did. 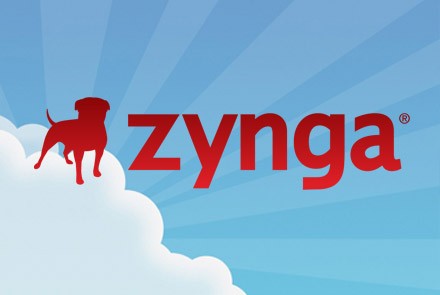 Early in 2011, 20 percent of Zynga gamers were playing on Zynga’s own servers while the majority of gamers were playing on the Amazon cloud. However by the end of 2011, 80 percent of Zynga users were being hosted by Zynga-owned servers and the minority of casual Facebook farmers were still sitting in Amazon’s cloud. The purpose that Zygna still has for a large public cloud like Amazon is for sudden spikes in traffic, but otherwise, the company is confident that their specially-tailored servers will serve all their needs just fine.

Note: For all of the flexibility of the cloud, sometimes a dedicated hosting option with locked in hardware and services is the answer. NetHosting’s dedicated servers come with a myriad of options to fit you and your needs.

We’ve blogged before about how effective private data centers and specialized hardware have become for huge companies like Facebook, Zynga, and others. Amazon hasn’t achieved the same level of efficiency to match the needs of those mega-Internet companies because Amazon has to meet the needs of millions of businesses using the companies hosting services. The same problem affects all providers in the web hosting industry.

Zynga’s hardware setup has to be unique to accommodate its 24.5 trillion rows of data in databases and 1.4 petabytes of total data. The trick for Zynga is that users are constantly using that data, meaning it needs a server that can quickly and frequently pull data from storage to memory. In addition to casual gamers, Zynga hosts services for third-party developers to create their own Zynga games, and has to support that server usage as well.

While companies we highlighted in previous blog posts build their own servers (like Facebook and Google), Zynga still hires third-parties to build their hardware, much like Facebook’s Open Compute project. The main difference between Zynga and Amazon hardware is that Zynga actually has more, smaller machines, to do the work that one Amazon web server would usually tackle. Each machine receives plenty of small adjustments that down the road add up to huge efficiency gains. For example, Allan Leinwand (Zynga’s CTO of infrastructure) explained that Zynga uses “direct-attached storage striped across multiple servers, providing a big I/O performance boost and more efficient utilization.”

The majority of Internet companies may not be growing as quickly as Zynga, but data centers have to be able to keep up with the ever-increasing need for efficiency. Web surfers are now accustomed to almost non-existent loading times and even a second delay in a page displaying in a browser can make the difference between a great experience and positive review, or a closed tab and a disgusted impression of a company.

And while the private cloud does a ton of leg work for companies like Zynga and may be necessary for corporations of that size, it’s impressive to see how much the monolithic gaming company still relies on the public cloud. We all know that around the hosting industry, cloud has become a buzzword, to the point that some are beginning to see it only as a gimmick, and not for the value it really offers. In reality, cloud hosting does a lot for Zynga, and can do a lot for any number of companies who need hosting services.

To read more about Zynga, check out our case study about the company’s history, specific server set-up, and the hubbub around its games.